Created 4-Nov-11
Modified 16-Mar-18
Visitors 2212
69 photos
Kevin Leclaire is the Founder of UltiPhotos. He has been photographing competitive Ultimate Frisbee since 2006 and has been providing official tournament photography for some of the most competitive tournaments in the U.S. since 2008. Kevin's photos have been frequently featured in the USA Ultimate Magazine where his work was featured on the cover three times. His photos have also been featured in Skyd Magazine, Ultiworld, and other publications including Sports Illustrated.

Kevin played with Harvard Red Line in college and has made Regionals with various Open, Mixed, and Masters teams. He met his wife playing Ultimate on His 'N Hers and they have one son together. Kevin still enjoys WAFC league Ultimate and playing in reunion tournaments such as Fools.

Kevin is also an avid wildlife and travel photographer. Please give a Like to his Kevin Leclaire Photography Facebook page and check out his personal photography website)

Kevin built UltiPhotos to showcase the amazing action and the wonderful moments experienced in the sport of Ultimate. UltiPhotos aims to provide comprehensive tournament coverage and great action photos for participants and fans to enjoy for many years to come. 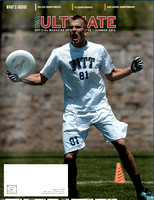 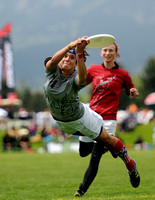 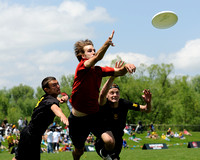 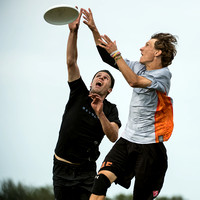