Created 2-Feb-13
Modified 10-Dec-16
Visitors 2999
72 photos
Scobel Wiggins is a professional photographer from Corvallis, Oregon, who started shooting ultimate when her son Ben joined forces with Josh Greenough to kick start Oregon's team Ego in 1999. She followed the team to Nationals and was hooked.

Since then she served as the Official Photographer for the UPA, CUPA, Dream Cup, ECC, TEP, and Worlds tournaments in Honolulu, Vancouver, and Taiwan.

Her work has been featured in Chasing Plastic, Skyd Magazine, the Huddle, USA Ultimate Magazine; she shot the cover for James Parinella and Eric Zaslow's book Ultimate:Techniques and Tactics and was featured in Tony Leonardo's Ultimate: The Greatest Sport Ever Invented By Man; is a contributor to Gaia, 5 Ultimate, Discraft, Patagonia, VC. Her work is on countless team sites and been included in many other publications.

You can see more of her work here: http://www.scobelwigginsphotography.com/.

And Ultimate Interviews caught up with her here. 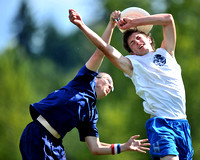 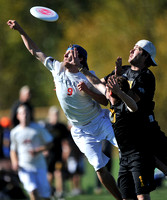 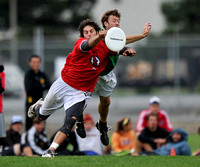 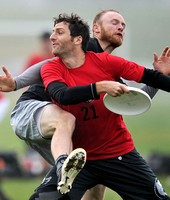