Created 11-Oct-12
Modified 8-Jan-21
Visitors 250
35 photos
William ‘Brody’ Brotman has been photographing Ultimate for the past decade. An accomplished player, he has competed at the USA Ultimate Club Championships and WFDF World Championships.


Since joining UltiPhotos in 2012, Brody has covered Ultimate at all levels, including national and world championships. He can often be found on the sidelines of Pitt, his former college team, when they are competing. 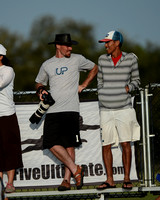