Created 23-Apr-12
Modified 30-Jan-13
Visitors 615
35 photos
Kyle McBard has been photographing ultimate since early 2011, and joined UltiPhotos in early 2012. She started playing ultimate her senior year at Berkeley High School in the NorCal Bay Area and then went on to play all four years at UCLA; she also played in Cape Town, South Africa while studying abroad. Since graduation she has returned to her hometown to play and coach both her alma mater and local youth ultimate camps. Playing and coaching have instilled a love and appreciation for the game and its community, as well as bolstered a desire to share such an amazing sport with others, through teaching, traveling, and photography.

Kyle discovered her passion for photography at an early age, taking far too many pictures of her three cats, but then grew into it while traveling and getting to play with her college teammate's camera on the sidelines. She also enjoys wildlife and landscape photography, as well as biking, eating, and traveling; her personal site can be found here.
Categories & Keywords
Category:Sports
Subcategory:Ultimate
Subcategory Detail:
Keywords:
© UltiPhotos, LLC 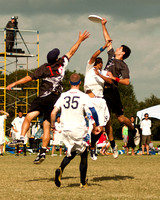 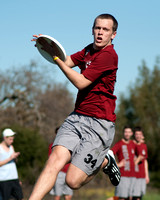