Behind the Camera: Thoughts on WU23s by Jolie J Lang

Last year when I came home from Italy, I told myself I would not be leaving the country again for a long time, especially not for work. I know what you’re thinking: What an idiot. Who doesn’t want to travel abroad, especially when it’s for something as cool as photographing Ultimate?

The short answer is that I find traveling by airplane to be very stressful, and being in a country I’m not geographically familiar with even more so. I'd much rather drive across the country in my old, beat-up car to cover a tourney. But when I heard about the possibility to head to London for the World U-23 Ultimate Championships this year, I immediately changed my mind. 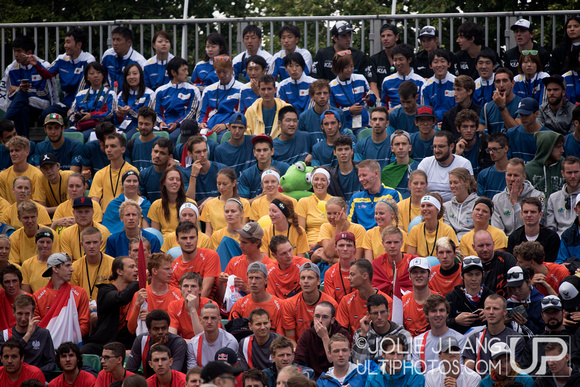 All of the teams filled the stands to watch the opening showcase game between the USA and Great Britain Open teams.

I knew this tournament would be an altogether different experience from WUCC. Something really special happens when you bring together young, mega-talented Ultimate players to represent their countries in a week-long World Championship. From the minute the opening ceremonies kicked off, I was certain I’d made a great choice to be there. 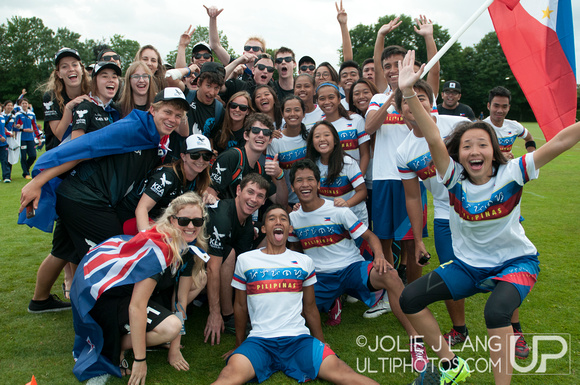 Teams mingled prior to the parade of flags.

The energy was electric before the parade of flags. Each country had gathered its teams together, and soon players were mingling with other teams, taking selfies, having dance battles and cheering each other on. No one seemed hesitant to join complete strangers in the festivities, perhaps because a lot of these players had only recently met their own teammates. While the photos came very easily, I think it's impossible to capture exactly how it felt to be there at that moment. 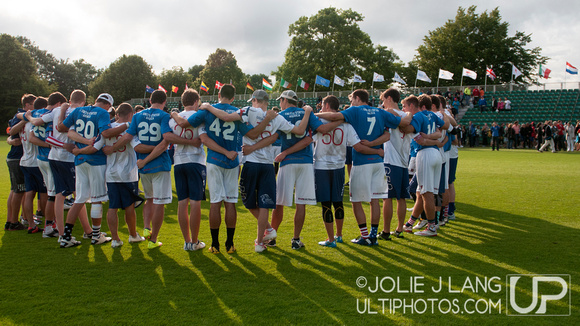 Throughout the week, I saw unprecedented levels of spirit, respect for other teams and countries, and national pride. I also saw some outrageous athleticism that made me reflect on the fact that every single player there was younger than me. (Man, do I feel inadequate. I’m just trying to win my Summer League.*) Ultimate is getting bigger, the talent pool is expanding, and SOTG is as strong as it ever was. WU23UC was such an inspiring tourney to cover, and I can’t wait to get back on a plane for it in two years.

Karl Lion(non-registered)
While for different games it tends to be a psychological message either deliberately or not. For instance, in the game you play and http://hightechreviewer.com/ you see a minority female who is short, tubby, geeky looking and her characteristics are to be a numskull, gullible, and stupid.
Goat Milk Skincare Products(non-registered)
This is a very informative article. I was looking for these things and here I found it!
Charles John(non-registered)
You will require this particularly assuming that you intend to sell promotion on your site as you will require it to demonstrate that your site is the best spot for them to publicize. Assuming that will likewise assist with knowing where individuals http://streamingdedi.com/10gbps-dedicated-servers/ are visiting your site from permitting you to know regardless of whether your showcasing is working. It's excellent practice to screen how much novel guests or meetings that your site gets on a day to day, week after week or month to month bases.
happy wheels(non-registered)
Science without conscience is only corruption of the soul.
wardrose(non-registered)
Perhaps because many of these guys had just lately met their own teammates, no one felt afraid to join total strangers in the celebrations. While the images were easy to take, I believe it is hard to depict exactly how it felt to be there at the time.
No comments posted.
Loading...