Throughout 2016 you've seen our photographers' work, from the smallest college tourney to the biggest World Championship. You've seen the skies and the layouts, celebrations and defeat. But what you haven't heard yet are the stories behind the camera. Here, a few photographers reflect on their favorite photos, moments, and tourneys to give you a glimpse past the photographs you've known and loved this year. Keep an eye out for Part 2! 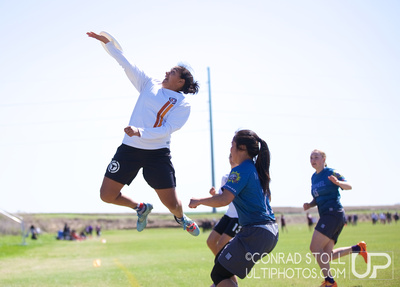 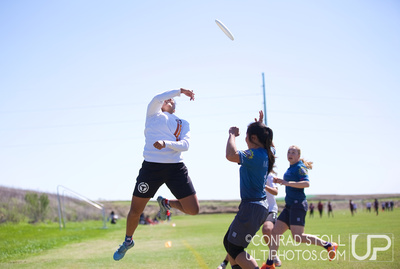 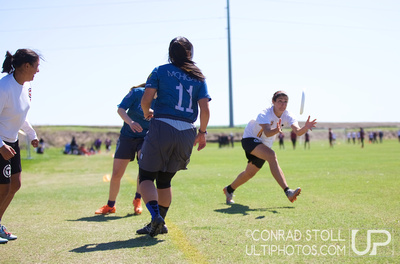 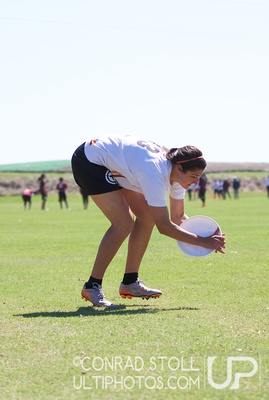 There’s been crazy weather at Women’s Centex before, but the incredible wind storm of 2016 might take the cake. It’s hard to play in the wind! The games were low scoring and long.

In the finals, Texas was playing Michigan and the teams were trading points. I was following the action from the Texas sideline, close to the endzone. Texas was moving the disc well when a player put up a long throw towards the endzone. The disc started to cross the goal line, but it hung high and started angling out of bounds.

I saw what was happening and started to follow Texas’ Dre Esparza as she ran towards the corner and jumped from inbounds to bat the disc back into play. Two Michigan defenders couldn’t recover in time and the disc sailed over their heads and into the waiting arms of Julia Schmaltz, who secured the catch.

It was awesome to witness a Greatest happen just feet in front of me, knowing before I looked at my camera that I’d captured it. All the other Texas players and fans were screaming around me in excitement. It was a great moment and a fun way to cap off the tournament. Texas went on to win their first Women’s Centex in 13 years of hosting the tournament. - Conrad Stoll

Rigel Gay(non-registered)
Spend as much time on the introduction of results as you do in getting them. Utilize less factors in your last models. Utilize the business phrasing in deciphering the outcomes. Make your outcomes straightforward for http://www.agilus.ai/savings-opportunities/ the client and around of your fight is won. A strong groundwork is fundamental for an effective vocation.
stick merge(non-registered)
Everyone has their own way of life, we don't have to admire the lives of others.
Dyschezia(non-registered)
After knowing, that he or she turns into a world championship from a small college feels me proud.
Sally Bruen(non-registered)
I was amped okay with seeing who are victors of starting late drove NOA South America challenge. Try this http://www.grammerchecker.net/check-my-english-grammar/to do work at time. Unmistakably these people put their best in the field.
Sally Bruen(non-registered)
Really, I have not used the Ashampoo contraption for a long degree of time yet I am having a tendency of flourishing with it. You can visit http://www.paragraphchecker.com/check-english-sentence-online/ i hope you will like it. In a perfect world, this will be my optimal programming.
No comments posted.
Loading...